Christopher Columbus was probably the most famous explorer of the era. He achieved fame by sailing west in search of a sea route to India. Instead of reaching India he discovered that there was an unknown mass of land in between, land that the Europeans knew nothing of.

Columbus was born in Genoa, Italy in 1451 and during his early years his father took him on various sailing trips and wanted to make a merchant out of him.

Like many navigators of that time, Columbus also wanted to sail to India and the Far East. He thought that if he sailed west he would also reach the Spice Islands of Asia and India. He went to the king of Portugal to present his plan, but it was rejected. Queen Isabella of Spain admired young and brave men like Columbus and so she gave him three ships - the Nina, the Pinta and the Santa Maria - and a crew of 90 men. 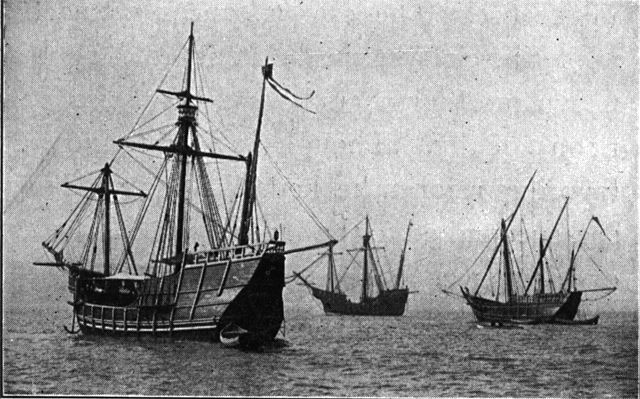 Columbus left Spain on August 3, 1492. After two months of sailing westward, he landed on an island of the Bahamas, San Salvador, on October 12, 1492. Because he thought he had reached the islands near India he called the natives Indians.

All together, Columbus made four voyages to the New World between 1492 and 1504. He explored the coasts of Cuba, Jamaica , Hispaniola, and Puerto Rico. On his last two voyages, Columbus reached the mainland of Central and South America and travelled as far south as the mouth of the Orinoco River.

After he came home from his fourth voyage, Christopher Columbus fell ill and died in 1506.